What if we’re all just doing the best we can? 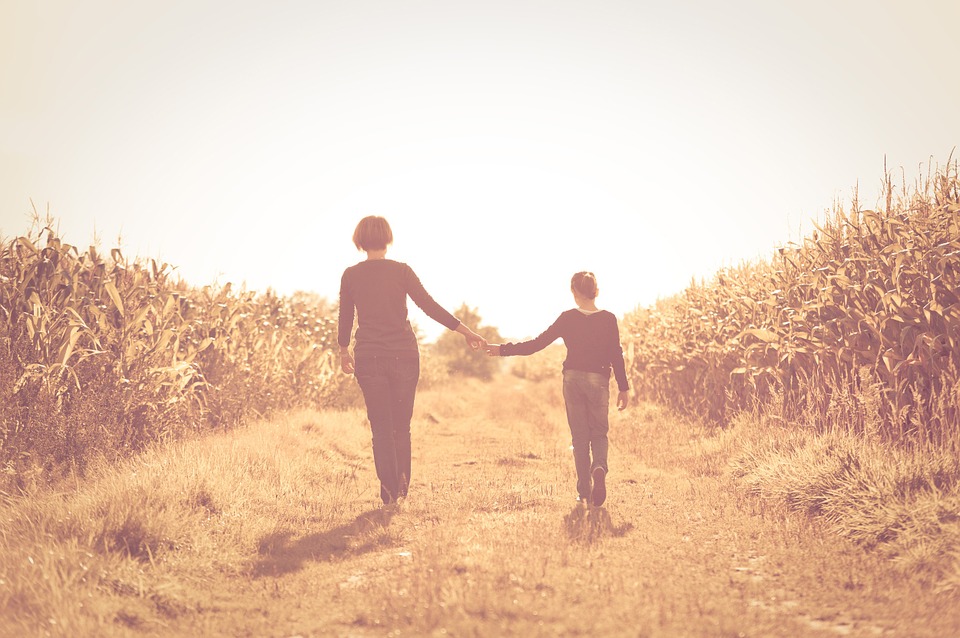 I remember standing in the kitchen with my mother at age thirteen. “I’m going to get out of here, go as far away as I can, and never look back.” I said, with the kind of absolute certainty that only an angry teenage girl can proclaim such a thing.

A decade later I made my first cross-country move. I thought that removing myself from the place I was born and raised would fix everything. But, as they say, “wherever you go- there you are”.

I hauled my emotional baggage around for two more big moves and at least a decade of miserable marriage before getting serious about unpacking all that shit and dealing with it. When I was finally ready to heal, I had to burn everything to the ground and start from scratch. It was a gloriously awful time of self-reflection, evaluation and love. I learned, grew and thrived more than any other time in my life. Still, forgiveness felt just out of my reach.

I felt my anger was justified. People were not kind to me when I was small. The ones who should have been there to love and protect me failed. I suffered abuse and trauma that no little child ever should. Even worse, I was told that I deserved to be treated that way. As little children do, I believed the grownups who told me I was worthless. I believed that there was something wrong with me, that I deserved to be abandoned and abused. I believed that I was not worthy of love.

It was from this place that I chose abusive relationships with men, punished and sabotaged myself constantly and held myself back from the good things in life. I didn’t believe I deserved to have anything good. I didn’t feel worthy of love or success. I gave my power away without a fight, without even realizing I was doing it.

I spent a lifetime feeling alone in my pain, separate from all the “normal people” and their pretty little lives. I kept myself isolated in a cage built from my own shame and self-loathing all those years, suffering in silence. When I finally found my voice and began speaking my truth, I was overwhelmed at the outpouring of love and support from friends and strangers alike. I was shocked to hear the chorus of “me too” echoing all around me.

Suddenly, I realized that I was not alone. I was never alone. There are so many of us in hiding, afraid to share our true selves with the world around us. No matter how terrible our stories, we are never alone in our suffering. Knowing this helped me see my childhood in a different way.

Looking back on my life, I now see that the ones who hurt me did so from their own pain. Maybe they were also abused when they were little children. Maybe their lives were difficult and stressful, and they weren’t able to cope. Maybe they lacked the foresight necessary to know how their actions would change who I am. Whatever the reasons, forgiving them was vital to my healing.

Forgiveness is not making excuses for people who treated us badly. Forgiveness is not saying that we were not harmed by their actions, or that what they did was okay. Forgiveness is making the decision to let go of the anger, hurt, resentment and fear- the emotional attachments we have to the events- so we can move on, unencumbered.

As I let go of years of resentment and hurt, I began to see people with more compassion. As I accepted the apologies I would never receive, I also accepted that the terrible things that were done to me, didn’t have anything to do with me. I didn’t deserve to be abused- no matter how many times people told me I did.

I was not born with some great flaw that made me less whole or less worthy than anyone else. Knowing this allowed me to love myself more completely, and live more authentically. I stopped holding myself back, and stopped letting other people choose my boundaries for me.

We’re all just doing the best we can.

In our human limitedness, in our small perception of the universe, in our egos, our denial, our own wounds- we all fall short of perfection. Perfection, after all, is a myth. It’s an ideal we are sold to foster our insecurities. Perfection is not possible, and therefore, not a fair expectation for ourselves or anyone else who is just doing their best in their limited human form.

Today I feel more at peace with my past and my family. I know that I am whole. I am worthy of all the most wonderful things life has to offer.

I know that surviving my past has helped me become the strong, resilient woman I am today.

I know that sharing my story has helped many others like me reconcile the terrible things they’ve endured, and find their own fortitude.

Today I know that forgiveness is freedom. And, freedom is attainable when we accept that people are imperfect by nature. When the failures of other people hurt us, we are not to blame. We can let go of our pain and shame and live the big beautiful lives we deserve.

6 thoughts on “What if we’re all just doing the best we can?”

There was an error retrieving images from Instagram. An attempt will be remade in a few minutes.